Seven Days In The Garden

I know nothing about gardens though this has involved numerous trips round B & Q immortalised by Half Man Half Biscuit in "Paintball's Coming Home" (Free Download here), but we're having a mass overhaul of the house and garden at the moment. The thing I wasn't prepared for was the amount of dust (from mixing concrete and cutting bricks and blocks) that permeated the house. 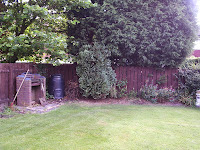 The original garden was square-ish and a more than adequate refuge from the world , though some of the wildlife that appeared was most surprising . Like frogs for instance. Yes we have a pond , but we're surrounded by houses , and roads and there's no farmland anywhere near , though a couple of parks within a mile. Still it's a long way for a frog. 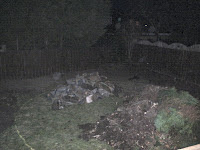 After the second day we had a circle marked out and a pile of rubble in the back garden for the gang to move via their wheelbarrow. Rather you than me mate!!! 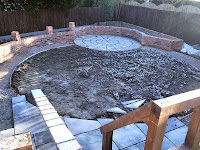 The garden is now taking shape with raised beds being built and most of the paved area sorted out the back . Just waiting for the grass and plants and the finishing off!!. 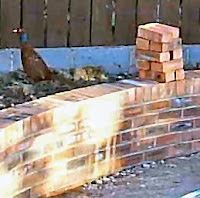 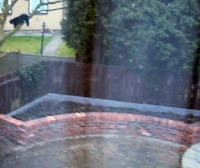 We get plagued by cats and this morning we had a guinea fowl. Our garden planner said we'd attract more wild life , but didn't expect it so soon or with such diversity , no doubt we'll have the frogs back in force at some point as well!!
Posted by Mikey Dred at 16:05 No comments: