The "Last Supper" At The Free Trade

The Free Trade Pub has one of the greatest views in Newcastle , about to be destroyed by Taylor Wimpey by raising a block of flats in front of it, details here. The Government deemed that the view had no merit , especially where cash was involved. This is the same lot that put 75% on fuel , tell us to tighten our belts when energy bills increase by up to 60% , expect a 2% pay rise to be observed by the country while awarding themselves 9.4% . Gits. It's also one of the few pubs in the area that get's a thumbs up from The Burglar's Dog !!

Anyway this is the sort of thing we're going to lose to the builders: 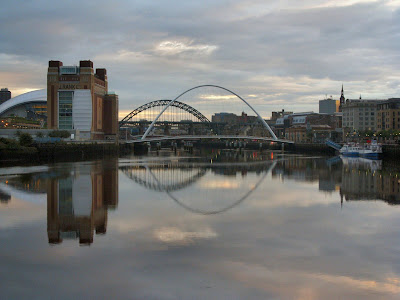 And heres a short video with pictures , soundtracked by Lindisfarne's "All Fall Down":

On August 14th an impromptu pub trail was instigated , which was rather well attended . Not naming names as some folk value their privacy , but the pictures are here , and thought this was reminiscent of a certain famous painting: 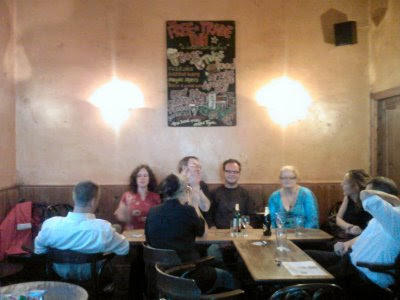 And here's the rest soundtract by Terraplane's Beer and Cigarettes only available as far as I know on the vinyl 1978 compilation The Akron Complication on Stiff Records!!