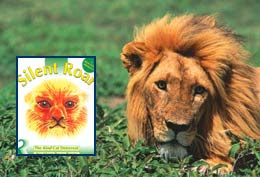 Just been out for the first Garden Centre excursion of the year and spent a fortune on stuff.

We have a problem with cats in out garden , but apparently the best repellent is stuff called "Silent Roar" which is basically fertiliser coated in Lion Pooh . The premise is that if the cat thinks there's a bigger , harder specimen about then it'll leave your garden undisturbed.


Well I've scattered the stuff about so we'll see what happens!!!

Within three hours the cat had abandoned the borders where lion pooh was , and decided to use the lawn in the middle as it's toilet!!! Are these animals stupid? If you think there's a big cat about you don't move another six feet to do your business. Will do the lawn as well and see what happens then.

Today I put some cat rellent on the lawn and got a "Mega Sonic Cat Scatter Gun" from Wilkinsons. Today two cats have been in the garden
and were there about ten seconds . Things may be working!!!
Posted by Mikey Dred at 17:11