Nothing Much To Report .. Apart From England Winning The Ashes 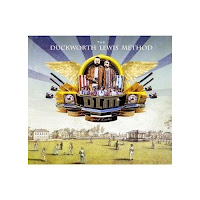 The football season is well underway , England have won the Ashes despite Australia scoring more runs , taking more wickets and generally being better , but that's the nature of the game , the best team doesnt always win.

Incidentally The Duckworth-Lewis Method of determining the score in one day cricket has inspired an album of the same name featuring the Divine Comedy's Neil Hannon and an be sampled here.

The Newcastle saga shows no sign of resolution with Mike Ashley seemingly asset stripping the club of it's best players , while on the field the club are actually doing quite well , positioned at a healthy third in the Championship at the time of the post. We'll just have to see how things pan out.
Posted by Mikey Dred at 19:36