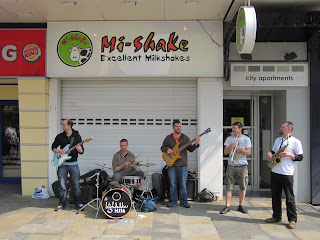 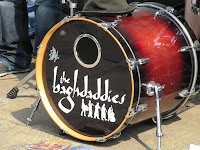 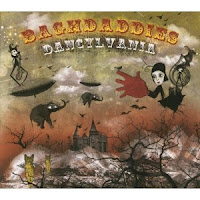 Today has been quite interesting. Was wondering whether to buy a new "thing" , came out of the shop and heard an unmistakeable sound down Northumberland Street. The magnificent Baghdaddies had graced us with their presence outside the defunct Mi-Shake shop next to Burger King. Watched them for ages , trying to spot a break , but their songs have more fals finishes than "The Return of The King". Anyway eventally heard a break and found they had a new CD out and they let me have a copy (for a tenner) , the snappily named "Dancylvania" 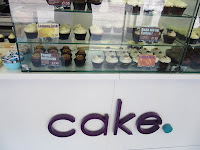 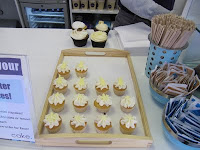 After that I went round the corner to the appropriately named "Cake" . And purchased several cup cakes , then noticed they had a "contactless" card thing . I have three cards that are supposedlt kitted out for this technology , however the lovely young lady behind the counter didnt even know they had it , and we coudnt get it to work . So we did the chip and pin , but I intend to go in next week and get "contactless on their ass"!!
Posted by Mikey Dred at 20:10