RIP MOF - The Car Hits The End of the Road

This week our "M" Renault Clio "Mof" was scrapped . £500 was needed to get it through it's MOT , this was on top of the £320 service , £266 insurance and £130 tax that had been recently forked out to keep it legally on the road, and the insurance company gave it a write off value of £50 , the same value given to it by webuyanycar dot com.

A local car scrapper gave me £70 for the car so that was a bonus.

The DVLA was an online tax refund situation which will take six weeks and carries all sorts of threats on how I'll get nothing if I don't satisfy every condition , so we'll see in six weeks whether thats ok.

The worst was the RAC insurance , before I go any further RAC dis provide the cheapest insurance by about £75 , however .... 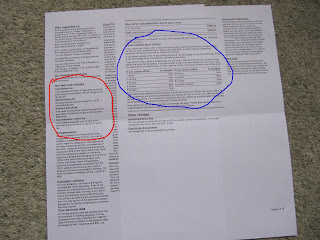 I rang up and explainened the situation , expecting to pay about £22 for the month I'd had insurance , plus the rather steep £35 cancellation fee (pic left in red on page 16 of my policy) . Not so - I was charged £22 plus £83 short term insurance fee. I thought this was steep and when I queried it was assured it was detailed on page four of my policy , which I found on further examination, (in blue left) .


Now I'm going back to car hire as Enterprise Car Rental give you a new Ford Ka or equivalent for £110 a week with pick up and drop off!!