The New Star Trek Movie and Respect For Referees

The two have nothing to do with each other , but after Phil Dowd's brilliant Homer impersonation for Bimingham against Preston, the Norwegian FIFA stooge in the Chelsea vs Barcelona decider , Howard Webb's ridiculous decision to disallow a perfectly good goal for Newcastle against Fulham , how the hell can you have any respect for the sort of people who get things so wrong and are allowed to get away with it?? Are they planning to become MPs??

This video is fairly appropriate: 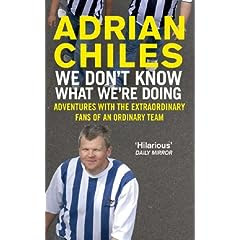 Webb's screw up could send Newcastle down , though spare a thought for West Brom fans who've lived with that feeling for most of their time in the Premiership , documented brilliantly in Adrian Chiles' excellent book "We Don't Know What We're Doing"!! Incidentally there's a couple of pubs in Darlington , one's The Albion , next one is The Hope. Humm , it wasnt to be"!!

Anyway this Star Trek review may calm you down: